Latest
Home
Featured
Thinking Inside The Box: what Branded Content Producers can Learn from TV Production

In early 2006 I got a call from an advertising agency. They wanted to talk to us about making some TVCs for a major high street brand. ‘Us’ being my business partner and me, and they contacted us because we were running a production company making award winning documentaries. I was, needless to say, surprised – we worked with broadcasters, not agencies. We were ‘tele people’. They explained that they want the ads to be documentary style, but have taken a bold decision to actually make them like documentaries. They wanted to use real people. They wanted to film during working hours. They wanted to film real employees and real customers. We were intrigued and met up with them – and thus began a great adventure.

The campaign went on for a year (extended from the original 4 months’ period) and proved hugely successful. It was a real eye opener for everyone: we learned how agencies work, what clients want and how campaigns are run. The agency learned the process of working in the ‘real world’ and the client… well, the client learned that when you work with real people you can’t always get what you want – but you get what you need.

Why is this relevant? Ten years on, the boundaries between commercials, branded content, advertising funded programming and TV are blurred. But it’s only now that agencies are beginning to appreciate that factual TV producers can teach them a trick or two. While there was always much cross over of directors between drama and commercials (many feature films and drama directors work on commercials between projects), there hasn’t been much cross over between factual producers and agencies. And while drama and features directors are great for scripted work, increasingly audiences are looking for content based on real life – which requires a very different production process.

Factual TV – documentaries, formats, etc. – has influenced branded content in terms of stories, characters and style, and both agencies and clients could benefit hugely from embracing factual TV production methods. But this has been slow to happen. While the industry has been very agile and flexible creatively, it has taken a long time for production methods to filter through. This is now finally starting to change.

Take casting. During that aforementioned campaign, we needed sizable budgets and time for casting. The agency couldn’t understand why it cost so much and why it takes so long. We had to carefully explain the process: we don’t employ casting directors. We get casting producers, send them to the brand’s stores and make them spend a week there, getting to know the staff and meeting customers. They then filmed some interviews with chosen ones, which were edited down. This was the casting reel presented. It didn’t include actors reading lines, nor was it a short presentation of the actor’s look and speech – there was no script to follow anyway. It took a while for the agency and client to understand what we’re trying to do. Once they did, they got completely behind the process and were immensely helpful – but it wasn’t straightforward.

“The trick, they learned on location, is for us to know what the brand messages are and for the director to very gently work with the filmed employees and customers so they naturally tell us what we needed them to say.”

What about script and storyboard? We didn’t have either. That, as you can imagine, was quite baffling for both agency and client. We had to explain you can’t ask people to give you lines. It is forced, and nothing will make it look natural. The trick, they learned on location, is for us to know what the brand messages are and for the director to very gently work with the filmed employees and customers so they naturally tell us what we needed them to say. And no, we can’t make them say it the way we want it. They have to be themselves. We didn’t have a story board either. Believe me we tried. The director got a story board artist and tried to get images of what observational documentary frames look like. It didn’t work. The artist was miserable, the director was swearing like a trooper. We had to go back to the agency and ask them to trust us, it will look good. Amazingly, they did. The contributors came across well, and the brand message was authentic and credible.

Think filming. With no script and storyboard it was impossible to plan the shots or get the same shot from two angles. We had to film with two cameras and we went through a lot of film… again, the agency was puzzled about the amount of footage we needed for filming but once on location they understood why and were completely supportive.

Finally, post. We didn’t edit to storyboard. We watched the rushes and whittled the footage down to scenes which we presented at rough cut viewing. With the agency’s creatives we went through those scenes and decided which ones to include in the final cut. This was a very different process to what they were used to, but again – once they understood what we were trying to do, they were supportive and the creative process was very successful.

What I learned from this campaign, and others that followed, is that different disciplines can feed off and enrich each other. From then onwards, and for the past ten years, I have tried to do just that and have seen the change in the industry. But what I haven’t seen is branded content embracing production methods honed over years of working in factual – from casting to research, from pre-production to final post. There is a lot TV people can contribute to branded content, and the best branded content producers are the ones who will tap into this enormous resource.

As branded content continues to grow, and as brands want to connect with their audiences on a deeper, more meaningful way and base their message on actual stories from the real world, there is a huge potential for branded content producers who are willing to widen their network and tap into a huge pool of talent. 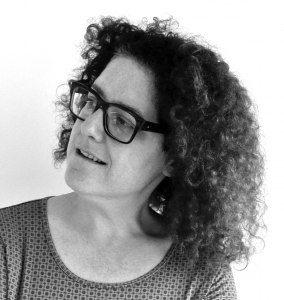 Iris Maor is a TV and branded content producer and has been working for independent production companies for the past 15 years as a Head of Production, Producer and Executive Producer.