Bulbshare connects the world’s leading brands to customer communities all over the world, providing millions of real-time insights and ideas direct from the voices of real people. They’ve worked with the likes of Samsung, Vodafone, Coca-Cola and Unilever, plugging them into customer communities for co-created campaigns and authentic user-generated content.
Get a free demo of the Bulbshare technology by clicking here 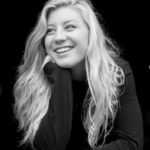 Being part of social justice activism is a risk that a lot of brands weren’t willing to take until now. But with recent events around the death of George Floyd in the US and the consequent focus on the Black Lives Matter movement, many have decided to change their stance. As a new generation of young consumers becomes increasingly politically active, brands have realised they have the power, influence and responsibility to get involved too.

While this has been a contentious topic in the past, with many believing politics wasn’t the place of brands – and even boycotting them for having a voiced opinion – the rise of gen Z tells us that in 2020, brands are expected to have an active stance on social and political issues. A 2018 Edelman Earned Brand study revealed that 64% of consumers around the world would buy from brands that are vocal about their beliefs and principles – and the concept of ‘voting with your wallet’ is becoming more widespread, where consumers show allegiance to brands that are aligned to their own values.

So, what exactly do consumers expect of the brands that are pledging their support for the Black Lives Matter movement? What should brands be doing and saying in this politically charged environment, and which are the brands that are leading the way? We asked our global community to share their thoughts on the best ways for brands to be socially and politically active, and from what they told us, we’ve put together a five step guide to getting it right…

Social Media Activism
Support for Black Lives Matter has taken social media by storm, with information and resources being shared everyday. Companies have taken to their social media platforms to publicise their statements, saying they stand in solidarity with victims of violence and racial inequality, and most make a pledge to do better in their executive actions. While these posts are usually kept short and simple, it’s still impactful for brands to be clear in their stance and broadcast it to as many consumers as possible, and social media is one of the most effective ways to reach them, interrupting their usual content feed.

“Speak out instead of staying silent for weeks and then say they’ve been reading and listening, use their platform to support the BLM movement.”

“Make a statement about how black lives matter and how they are supporting the movement. Krispy Kreme wrote a very heartfelt and honest statement to show their support. It was the most upfront I have ever seen a brand be.”

“I think they should use their platform to gain views and eyes for what is happening.”

Put your money where your mouth is
While publicly stating their support for the Black Lives Matter movement and racial equality initiatives, a social media post is just the first step for a brand to put their beliefs into effect. Many companies are being criticised for using the default aesthetic of white letters on a plain black background with what sounds like empty promises. Gen Z are particularly sceptical of a company that doesn’t show the same enthusiasm for changing their own course of actions as they do for using hashtags or changing colour schemes. In order to gain the trust of belief-driven consumers, brands have to follow up their statements with substantial action such as donating to charities, promoting Black organisations, or sharing resources for their audiences to learn from.

“I think strong social media campaigns are a good start, show that they are going to stand with us and demand change. Offer products with partial proceeds going to black lives matters and other black charities. They could also design product packaging with a message just letting people know that they are with them and want a change too.”

“I’ve seen a lot of comments on social media that just making a statement is not enough. Donations to causes that will help with legal fees, outreach, etc. will have the biggest impact on showing that a company is serious about the cause.”

“Particularly when I go to buy something I research about the company and how much it is involved in social causes.”

Many users have cited Ben & Jerry’s as a brand they think is going above and beyond in their activism. With a more straightforward-than-average declaration of “We must dismantle white supremacy,” Ben & Jerry’s has published many different statements, infographics, and business initiatives that illustrate the legislation and political upheaval they deem necessary for racial equality. Founders Ben Cohen and Jerry Greenfield have even been attending protests themselves.

Building from the bottom
Even still, once our news feeds slowly return to normal, consumers will be looking to brands to practice what they preach. With the rise of popularity in ethical consumption, buyers actively research a brand’s leadership and policies before making a purchase. If a company’s internal practices like hiring and sourcing match their external activism, it strengthens their overall brand image and greatly enhances consumer trust. Overwhelmingly, many consumers from our global community expressed how they want brands to hold themselves accountable for practicing equality and diversity in all levels of their employment.

“In my opinion it starts with employment & decision making within the company. When the company is diverse within its employees it should filter down into the brands concept and the ways in which the brand is marketed. For example during a brainstorming session the idea generation will be coming from different perspectives & walks of life. Rather than having 15 people brainstorming who are all from the same background, of a similar age & of a similar demographic. Therefore they are likely to have similar ideas and perspectives.”

“I think that they need to publicly state their support for the movement and then follow it up with action plans. I think they need to speak to their employees at all levels (not just send an email) and perhaps collectively discuss it in teams and come up with ideas. too often I’ve seen companies state their support with an email and not do anything further, whilst others are ignoring the movement or criticising it.”

Diversity in advertising
Another way for brands to back up their support for the Black Lives Matter movement and other social justice issues, is to advertise their products with diverse and inclusive models, in the beauty and fashion industries especially. We as consumers are incredibly diverse, coming from different cultures, identities, abilities, and body shapes, and it’s becoming more important than ever to feel represented in advertising from brands that want to get us to buy their products. In a 2019 survey by Adobe 62% of respondents said that a brand’s diversity (or lack thereof) impacts their perception of the company as a whole. 34% said they have even stopped shopping with certain brands because of their lack of representation. Dove was mentioned numerous times by our community of consumers as a brand they believe is getting their advertisement campaigns right. One of the first brands to ever pledge to show ‘real beauty,’ since 2004 they have been using women of all races and body types in their campaigns.

“Simple one start using more diverse models and photographers and people who work behind the scenes.”

“Makeup products should cater for all skin tones. clothes brands should hire diverse models. Obviously Fenty Beauty [is an example]. The company caters for all skin tones and even skin types. because of this, they hire models of various skin tones to promote their products.”

“I’m not sure exactly how they can respond to this Black lives matters but they can promote racial equality but using more diverse people in advertising and within their communications and social media.”

“I think all the sports brands like Nike, Under Armour but also brands like Dove and L’oréal are getting it right by having a diversity of men and women of all races, shapes and age in their ads.”

The right partnerships
Some brands have even raised the standard by sharing their platform and resources with organizations that are working toward racial equality. Netflix has partnered with the Marsha P. Johnson Institute ahead of their virtual Pride event, Ben & Jerry’s is working with organizations Color of Change and Advancement Project, even sports teams like Manchester United have taken the initiative to support anti-racism organization Kick It Out, donating all the proceeds of their ‘Black Lives Matter’ shirts. Brands that publicly pledge their allegiance to the cause by partnering with charities or foundations are not only giving back to communities, but giving those organizations exposure and actively aligning themselves with progress toward social justice.

“Brands can help get this right as they bring people together forming a community so exchanging culture, foods and diversity so brands could help do this.”

“Donate money to or partner with a foundation which aims to invest in education, economic equality and criminal justice reform with a goal of increasing opportunities for people of color.”

“Brands can promote racial equality and support the black lives matter movement by donating or organising fundraisers for communities that have been victims all this while. Examples such as Levi’s are among heavyweight supporters of Black Lives Matter by donating and pledging for a change.”

While consumers certainly have a right to believe that brands don’t have a place in social justice, it’s increasingly harder for brands to avoid taking a stance in the age of social media and ethical shopping. As long as a brand’s statement is followed up by a concrete action plan, consumers largely respond positively and are willing to support that company even more.

To find out how Bulbshare could benefit your organisation, please contact Michael Wylie-Harris on michael@bulbshare.com