Latest
Home
Be Inspired
BCMA Members: The Science Of Simplification

The movie ‘Finding Nemo’ is widely considered one of the most successful animated features of all time. For a period, it was the best-selling DVD of all time, making an estimated 400 million dollars for Disney from video sales alone. It featured iconic characters, and cemented Steve Jobs-owned Pixar as the indisputable overlord of 3D animation studios. 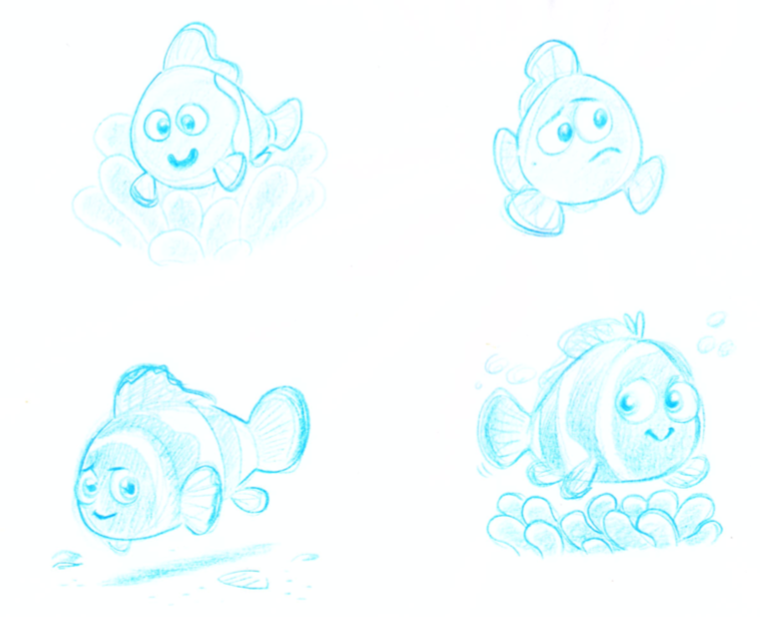 ‘Finding Nemo’ was the brainchild of Pixar writer-director Andrew Stanton. It was inspired by multiple life experiences, including his relationship with his son and his fascination with marine life. So when Stanton pitched his idea for a film about a clownfish father crossing the ocean to find his lost son to Disney executives, he was understandably comprehensive about his vision. He spoke for more than an hour, exhaustively laying out his vision for a rich underwater world, revealing every plot point and character design in detail, and even doing the characters’ voices.

After the pitch, Stanton waited breathlessly for the executives to say something… anything.

When they finally did, the feedback was unanimous:

And the rest, as they say, is history.

At Nucco Brain, we love this story because it perfectly illustrates one of our core creative principles: sometimes, simplicity is the best way forward. Getting people excited about something can be more about finding a hook within the bigger picture than getting bogged down in the details. Complex ideas can always be simplified, and we’ve found that attracting and retaining an audience relies on making these ideas accessible to everyone.

Complex doesn’t mean complicated. This is an important distinction to make, because it’s the key to making sense of potentially dry and technical ideas. ‘Complicated’ means unnecessarily convoluted and hard to understand. ‘Complex’, on the other hand, is layered and made up of many disparate parts. But it can always be broken down into more digestible chunks.

We’re not just pulling this out of where the sun don’t shine. René Descartes, one of the founding fathers of Western philosophy, talked about the importance of breaking down ideas into the sum of their parts way back in the 15th Century. He was also a pioneer of the scientific method, a set of principles and logical directives that is as applicable to storytelling as it is to physics or chemistry.

We apply the scientific method to every story we tell. Let’s take a look at one of the principal models of scientific content marketing: the information engagement funnel.

This little thought experiment asks us to visualise an inverted funnel, into which information is poured. It becomes narrower and narrower, until it tapers to a point. The viewer’s attention is filtered away as it passes through each of the funnel’s layered sections. The human brain can only take so much information overload: retaining engagement depends on using the right medium to communicate the right type of messaging.

Ferrying People Down The Funnel

This is the tricky part, otherwise known as Storytelling 2.0. The content that corresponds to each section of the user engagement funnel must be able to both represent the wider content strategy and to stand by itself. Promoted posts and media-buying can be a good way to give the wider strategy a kick-start; and although we prefer organic traffic, putting a little oomph behind the initial push won’t hurt. Our work for Innovate UK ticks all these boxes, encompassing a variety of content types backed by paid media.

Innovate UK || Audiences of the Future

We ensure that our audience are provided with multiple points of access for each content offering. And from each point of access, they need to be able to jump right in without having to refer to any other point. For example, the reason that Marvel Comics has enjoyed greater success than DC in recent years is quite simple: DC has convoluted, obscure plotlines requiring a deep understanding of the lore, whilst Marvel allows its readers to jump right in with very little context. (unless, of course, you don’t know how Spider Man got his powers, in which case we’re not angry, just disappointed.)

The sad fact of the matter is that the world is shallow, and getting shallower. We need more and more stimuli to satisfy our increasingly limited attention spans. When we tell stories, we need to be aware of rhythm, pacing and placement: namely, where we place the juiciest bits of content. If some of our messaging is deep or emotionally charged, we need to make sure we use entertaining hooks to space out the heavy stuff and earn those coveted 15 seconds of user attention.

The Finding Nemo story above is a great example of how to intersperse more demanding content with fun anecdotes and case studies, as the ‘hook’ organically gives way to the text body.

And now, without further ado, we’ve put together this guide on how to get down to brass tacks and turn complex ideas into exceedingly simple truths that resonate with a modern audience.

If your message simply won’t fit into that two-minute window, you can think within the context of a series. Distribute your content, and the more interest you’ve generated in your initial instalments, the more people will watch it. Just remember that human beings tend to make connections by association rather than rigid categories, so you’re going to have to find a way to serialise your content in a way that makes organic rather than logical sense.

For example, a story presented in a rigidly taxonomic way might make sense for a methodically minded engineer, but not for an artist who works by matching colours and shapes. Fans of the movie ‘Twilight’ might be more interested in love stories or Robert Pattinson than vampires, and may not necessarily enjoy ‘Interview with the Vampire’ (or Tom Cruise.)

Make sure that whatever you’re talking about, it can immediately be connected to some form of user response. Make what the viewer needs to do once they’ve consumed your content immediately obvious. They need to know that they have the power to contribute something extremely valuable.

And there you have it: the science of making content resonate through simplification. But within this framework there’s a near infinite amount of ways to etch yourself into the hearts and minds of your audience. You just have to be ingenious.

The scientific method is a heady mixture of empirical data and intuition. While historical data may future-proof your content, you can’t create anything truly new without intuition. And if you just copy what’s already out there, you’ll never make something worth talking about.

Because without ingenuity and intuition, all you have is data, data, data.

Contact Nucco Brain to find out how we can simplify your business’s complex communications into engaging content.