Latest
Home
Be Inspired
Action Realism: The Art Of Action

What makes an action sequence? Using the art and science of an innovative new approach, critically acclaimed Action Director Lawrence Ribeiro gets to the heart of creating action

Some years ago, an associate told me his crew member was an ex-Marine. It gave me the idea to switch out part of my crew for stunt people, as what I was shooting was intense and a little dangerous. I had made the attempt with regular production crew but they all got white-eyed. Once I found the right combination of stunt crew, I realised we had a greater capacity – no weak links and higher proficiency of execution. From then on, I started manipulating the crew with various skill sets. Now, these last few years I’ve been playing with the idea of creating a crew of ex-special forces. For my shoots, efficiency and speed are key, behind the camera and in front.

It is baffling to me to use a regular production company for something extreme. Here’s a comparison to help explain. A police officer and a special forces operative. Both can handle a pistol and, more than likely, an assault rifle. By no means to diminish the skills of a police officer, but the Special Forces operative has a different set of skills and training. If things go down, and I mean REALLY go down, who do you want by your side in that situation? I’ll assure you, the special forces will be ready to ROCK!

So, when doing action branded content – cars, motorbikes, military spots – who do you want? Someone who does this as a ‘job’ or someone who has lived and breathed it? Sure, you get a product either way, but it’ll never have a lasting effect unless ‘Culture’ is instilled in it. There is a reason why the movie Bullitt still holds up 50-years later and that BMW Films are one of the greatest achievements in Branded Content. To some degree, the bar hasn’t been raised since.

Hence the purpose of this excerpt on ‘Culture’ from the book ACTION REALISM: THE ART OF ACTION 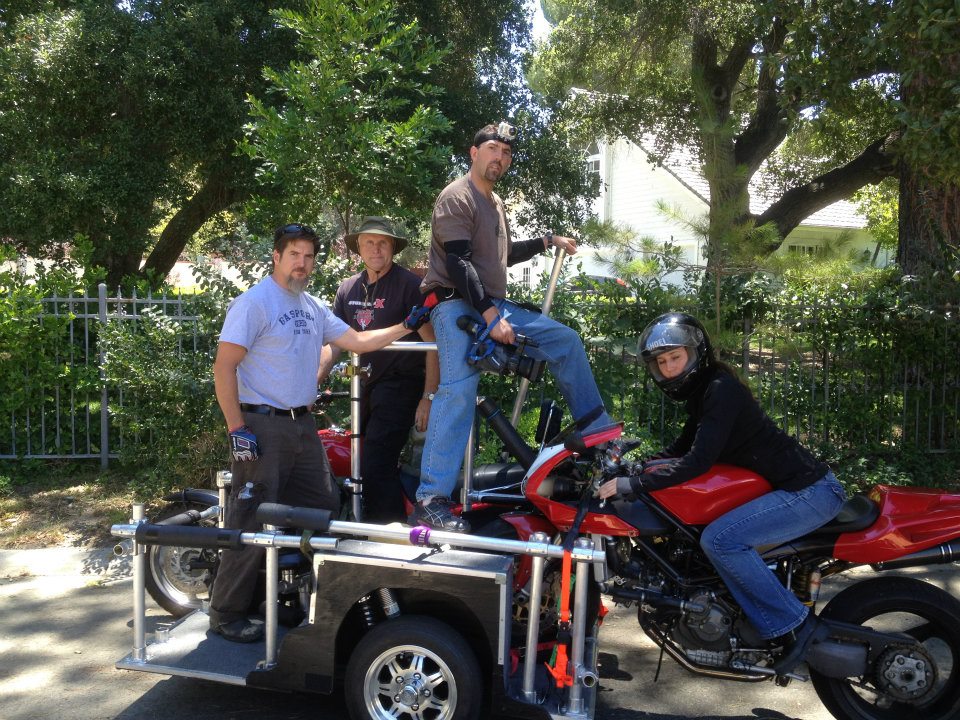 If there is one thing lacking in branded content, indie films, and studio blockbusters today, it would be culture.

What does this mean? I had many a talk with my friend, stunt innovator Lane Leavitt about this. Lane and his wife Debbie Evans are well-known for their riding prowess and for training drivers in Bourne and Fast & Furious films. The whole family is made up of motorcycle champions.

One movie that came up is Grand Prix, Frankenheimer’s masterpiece, made in an era where special effects were not king. It won an Oscar for editing, but what stands out is how Frankenheimer shot the races. Each race is masterfully and uniquely shot. In other words, there wasn’t a style or theme for the entire movie, which is not common now.

Lane pointed out how the two champs interacted at the end of the movie. Nothing was said – instead it was communicated through the subtleties used by the director and actors. That is culture. Things that are not said yet are still communicated.

Let’s look at Steve McQueen and Peter Yates’ movie Bullitt. It was the good guy chasing the bad guy in cars. Good ol’ fashioned filmmaking. That created a new culture. (Note: Bullitt is considered the movie with the first car chase. In reality, that was Thunder Road with Robert Mitchum)

Let me explain what stands out in Bullitt. The cars were the perfect choice at the time, not necessarily for the way they looked, though let’s face it, those two cars became iconic soon after. No, it was the big wooden steering wheel, the lack of power steering, having to rev the engine to reach the right power band. All of that needing to be done simultaneously. At that time, porting and polishing* was a very common to build engines, and it gave engines a throaty sound. So, as a result, the actor didn’t have to act, he just had to drive.

Nowadays, cars are very efficient. You don’t even have to put much effort to get a burnout (burning rubber and creating smoke). The famous Bullitt car chase scene was remade on the show Alcatraz. They used modern Mustangs, followed by an Ultimate Arm (a crane attached to a luxury SUV). The remake scene had some great shots, but the filming was effortless. Now, the actors had to ‘act’, and boy, did they.

I personally feel Bill Hickman and Carey Loftin were responsible for putting culture in Bullitt, The Seven-Ups, Vanishing Point and The French Connection – legendary Hollywood movies in their own right. Bill Hickman’s background was as a driver. In fact, he drove for James Dean back in the day. If you watch these movies, you will see a different flavour in each of them. (Note: I go into great detail about shooting cars in the ‘Car Stunts’ chapter).

There’s Hollywood in there, but there are guts in there as well.

Obviously, it’s the responsibility of the stunt driver to over-embellish some of the moves so as to create the illusion that at certain moments the car is losing control.

In terms of cars, driving and filmmaking, the French are further ahead of the game just for the fact that racing (Le Mans, Formula 1) is instilled from a very early age. The same for hockey in Canada, football in Texas, soccer in Brazil.

As the French are passionate about car racing, the filmmakers of Hong Kong are fanatical about fighting. It’s universally agreed-upon, by the society and culture, to put great emphasis on the fighting. In some cases, they will spend a couple of months on one fight sequence! In the U.S., a fight sequence gets maybe two or three hours. When people go to the movies in Hong Kong, they may go just to see the work of the fight director, who, in some cases, has equal billing with the director. American movies that come over with less than spectacular fight sequences have a hard time in that culture.

My personal favorites Hero and Fearless with Jet Li are memorable masterpieces on so many levels. The filmmakers are deeply involved in their country’s culture and it directly reflects in the work. Their passion is deeply rooted.

A visit a few years ago to the Stanley Kubrick exhibit at the LACMA museum was amazingly eye-opening. One of the things that stood out for me was his library of Napoleon. I believe it was a passion of his to shoot a movie about Napoleon, which was in the making for thirty years! He had amassed a great deal of books and probably had a pretty good idea of what made Napoleon tick.

Writers like Oliver Stone, who wrote Scarface and Midnight Express immersed themselves in those cultures before making their iconic films. Yes, Stone was hanging out with drug lords! This is someone who really wants to understand the culture and put out realism. And writing is key…I have the deepest respect for someone who would put his or her life on the line to get you the ultimate story.

Another great example of culture is his work on Any Given Sunday. This started with the hiring of the second unit director, Allan Graf, who played in the NFL. Jim Brown, Dick Butkus and Lawrence Taylor are all in the film. Do you think they had any influence on the football scenes? These were legends who changed football! I’m willing to bet that the subtlest details were conveyed in the filming process. There is plenty of culture in that film. The second unit shots are viscerally spectacular. The audience feels what it was like being on the offensive and defensive lines, thanks in part to the style of shooting.

Life is not lived in an ivory tower…it’s being in the trenches. Any one of those men could you tell you many tales. This is where memorable, gut-punch filmmaking is borne.

Conversely, if you are one who researches stuff on the ‘net’, and won’t go to the places or experience life, well, I suggest you throw in the towel, because you’ll be doing us all a favor. My time is too valuable.

The ones who put it on the line are the ones who get ahead, and who most certainly get my respect.

* Porting and polishing was a common practice in the 1960-70s for increasing power to engines. Essentially, the idea was expanding the size of the valves (porting) and making them smoother (polishing) so the air & fuel could flow better and faster. 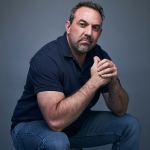 With over 100 action sequences under his belt—from fist fights to car chases—Director and Action Design expert Lawrence Ribeiro is an international man of action.

In 2017, his film “The Chase” won 8 Best Action and Cinematography Awards. Originally conceived as a camera test for JVC, it exemplifies what can be done through raw stunt work, camera movement, locations, sound, and the editing of extraordinaire Rick Pearson (The Bourne Supremacy). Adforum cited, “Lawrence’s personal style combines art with grit.”

For the past 3 years Lawrence has moved all over the world—from Shanghai to Milan to Istanbul. Finger on the pulse, he’s fluent with cultures, location design, filming techniques, and advertising creative.

Now as a consultant to a major Silicon Valley company, he’s designing a Formula 1 driving program for next generation drivers. And in seminars at Art Center College for Design and Film Independent, he teaches: How to maximize action on screen. How to cut costs in the creative process. And, how to be safe on set.

Adforum states, “Lawrence’s mission is to educate clients, agencies and production companies about how a combination of the right team and the right techniques can result in genuinely thrilling content that doesn’t cost a fortune.”

In 2019, you can look forward to his bold collaboration with Hollywood VFX legend Doug Trumbull (2001: A Space Odyssey, Blade Runner)—an experience that will set the bar for what can be done with revolutionary Maji technology. Lawrence is a regular contributor to BCMA (Branded Content Marketing Association) and has written for MovieMaker and Filmmaker magazines. He serves as a finalist judge for the Emmy Awards and the Venice Television Awards. His new book, ACTION REALISM: The Art of Action. 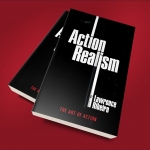